For Matt, the Road to Rio ended in Charlotte.  It was a fun, hard two years of running for Matt.  He rain as fast as or faster at 36 than he did in college.  He will never have to wonder “what if” when he thinks about the Paralympics.  He knows he gave it his all and made his family very proud!  Emily, Marisa, and Zachary all love to run, have the itch for races, and have perfected high knees and butt kicks (or hiney kicks as they call them).  And in the end, that’s enough.

The 5000.  The 5000 meter race was on Thursday night.  It was hot and humid, but bearable (says someone that just had to yell splits from the sidelines).  There were three in the visually-impaired heat, down from the six that had originally signed up to compete.  Matt took the first mile hard -- 5:06 -- which he needed to if he was going to have a shot at a qualifying time.  He started to slow down a bit between laps 5 and 7.  I knew he needed to hit 75 second laps and somewhere around lap seven the times were getting more and more off of the target.  As he put it, he went into pure survival mode.  It was also around that point that the sun came out and was shining very brightly for 7 pm.  He finished third, in an overall time of 17:12.  It wasn't a personal record (PR) and it wasn't a qualifying time.  He looked great from where I was standing.  The first place finisher, Chaz Davis, who also has Lebers, took off from the very beginning and never looked back.  He had a qualifying time and was the only visually-impaired distance runner to make the U.S. team.  He made it look so easy!  I could see that Matt was disappointed, but after a few minutes recovering near the field, he put on a smile and headed up to say hi to his huge cheering section.

The 1500.  The 1500 meter race was on Saturday evening at 5 pm.  It was hot.  The heat index was over 100 and sitting in the bleachers I felt every degree of it.  I can't imagine what it felt like on the track.  He had been feeling low energy in the late afternoon so he had a black coffee, which he normally doesn't do, to help.  Then we were running late getting to the track because I couldn't find the car keys so Matt ended up only having about 20 minutes to warm up.  I took my place on the track to record Matt's splits.  He knew going in that he didn't have a chance at qualifying for this event, but after his disappointment in the 5000, Matt was really hoping for a PR.  Matt isn't exactly sure what his college PR was (somewhere between a 4:23 and a 4:28), but he hasn't run that fast since college.  Matt looked good from the beginning.  I could tell early on that he was going to PR.  Chaz Davis took the lead early on again in this race.  At the 0.5 mile point the fourth place runner passed Matt and took second place and Matt followed.  With 600 meters to go, Matt took the 3rd place slot.
With 400 meters to go, Matt was about 5-8 yards behind the runner in second place.  Matt kept shortening the gap and even went into lane two in case he could catch up.  He was about two strides behind, but there wasn’t enough distance left to pass him.  In the end, he finished less than a second behind him in 4:28.  Although we aren’t entirely sure, we are going to call that a PR.  Even if he had a faster time, he hasn’t run that fast in at least 14 years.  What an awesome finish to an awesome journey.  A little aside, but he was wearing my neon green running socks because he didn’t have an extra pair clean.  Maybe they were good luck.  After a lot of hugs and high fives, Matt picked up his bronze medals and we went out to celebrate.

The Future.  I don't know the fate of Daddy's Blind Ambition.  For the moment, Matt is taking some well-deserved time off.  We hope to watch many Paralympic events from the comfort of our living room and cheer on the amazing athletes that will be representing the United States in September at the Paralympics.  I hope the kids are old enough to remember watching Matt race in Trials and witnessing the athleticism of other visually, physically, or mentally impaired athletes.  I know I won't forget this weekend!  Matt plans to return to the marathon distance and will be running in the California International Marathon in December, which, as I've written about before, hosts the U.S. Association of Blind Athletes Championship Marathon.

A huge thank you to everyone who made donations to Matt to offset the cost of his travels, everyone who traveled across town or to a different state to see Matt race, and everyone who rotted for him from afar.  You've helped make this a memorable journey.  Thank you.

I'll leave you with some pictures from our weekend in Charlotte. 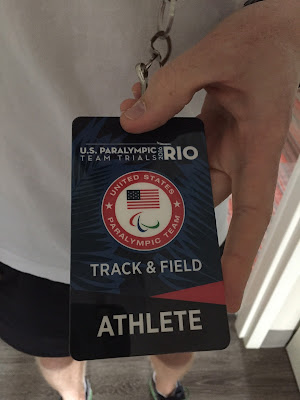 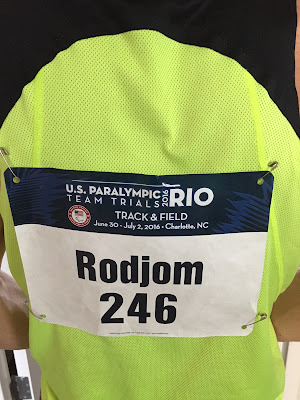 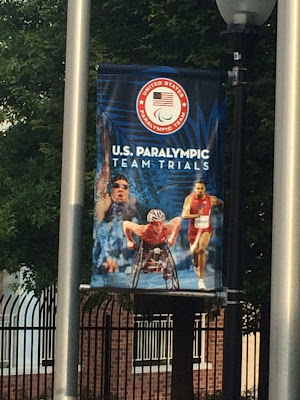 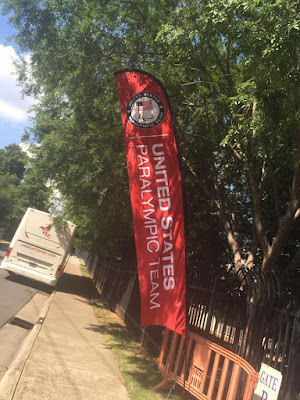 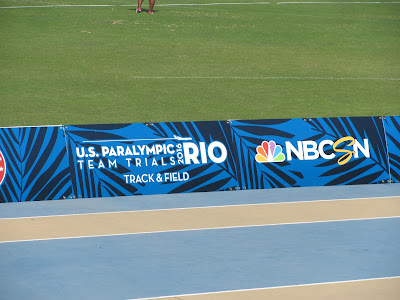 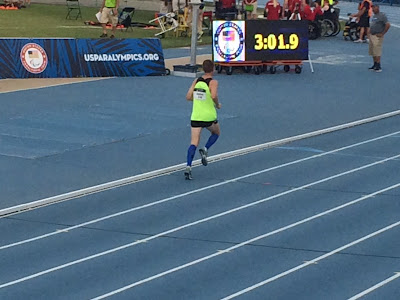 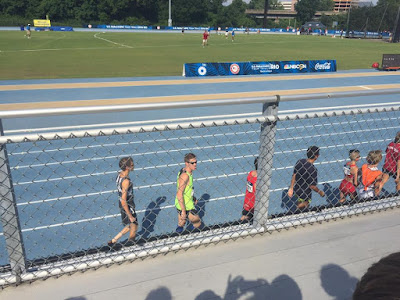 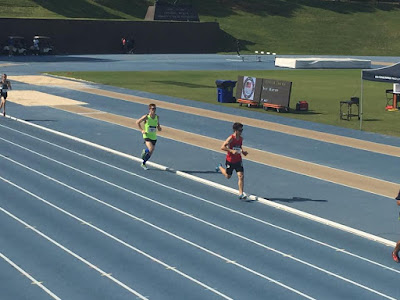 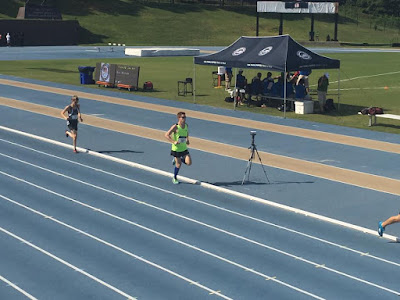 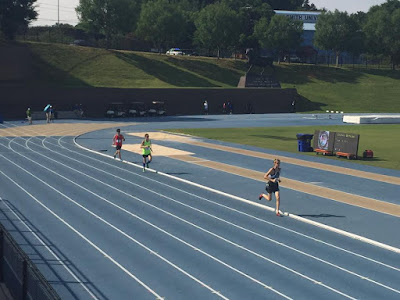 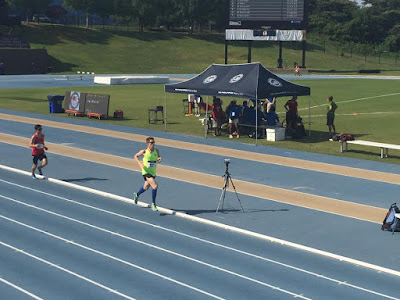 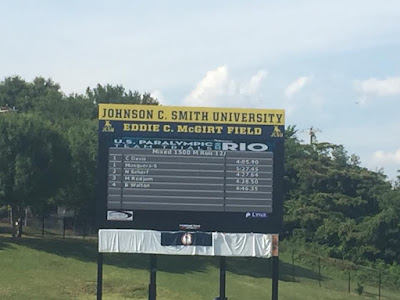