Don’t worry; I didn’t forget to post the results of the Desert Challenge Games.  Since I wasn’t there I had to wait for Matt to give me his thoughts on the two races.  Also, I am pleased to be able to include video of Matt’s awesome finish during the 1500, but let’s not get ahead of ourselves.  Before we can get to Saturday, we have to talk about Friday.  I’m going to give you most of Matt’s own words.  In case you haven’t been able to tell from all of my posts, I’m Matt’s biggest fan and  I would describe Matt’s run on Friday as just one more step towards Rio.  The time didn’t matter as far as his chances of making the U.S. team.  It was hotter than hot at gun.  But that would be my inner cheerleader.  So instead, I’m going to give you Matt’s raw emotions about having a tough race and a final time that he doesn’t like.

First, a few pictures from the week: 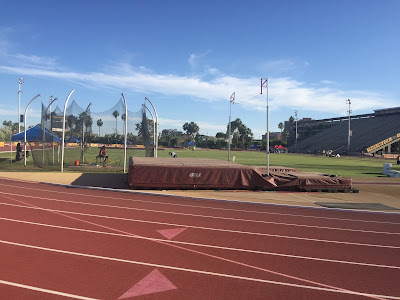 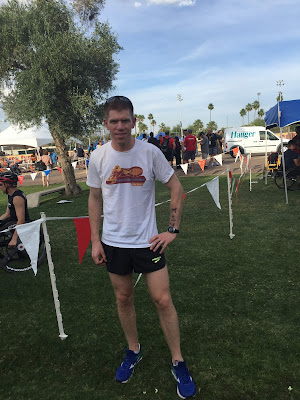 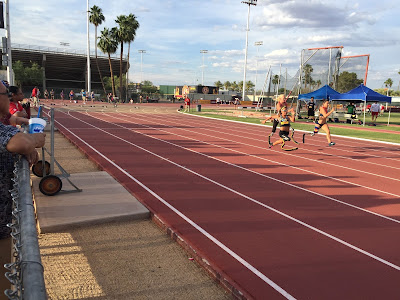 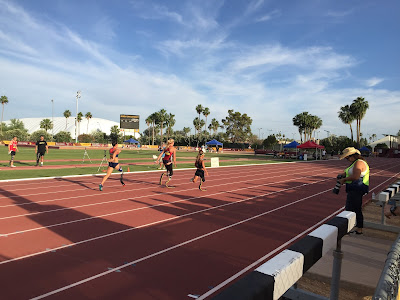 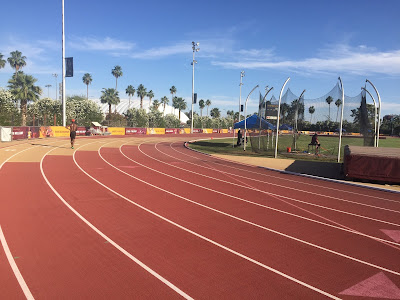 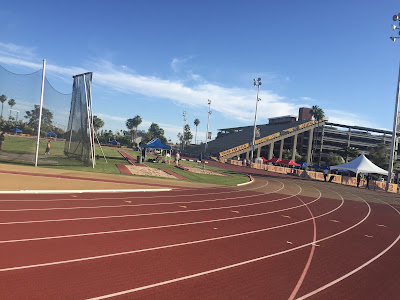 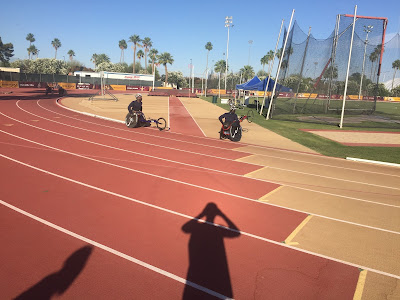 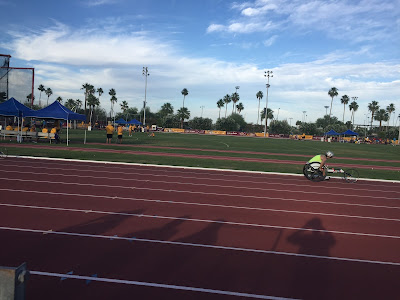 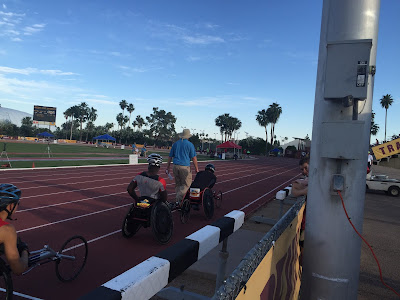 Matt’s own words on the 5K:
Disappointed is the only word to describe how I feel tonight. Tonight was supposed to be my breakout night and show the world I was ready for Rio and my spot on the U.S. team.  But tonight I only flopped.  What when wrong?  I’m not sure. It was 100 degrees out for the race and so far this season I have only trained in the mid-70s.  That can be my excuse.  But excuses don’t get me to Rio. Excuses are what other people have. I did a good bit of warm-up.  It takes me awhile to get lose nowadays. It is just part of getting old, I guess.  So now  the race. I took the lead from the start. At half mile I was on 5:00 pace and going to transition to something more comfortable.  Then at the one mile mark, the two Mexican runners in my heat came on my side and passed me. I try to coaster and stay with them but something was off.  I was only 5 laps in and was already sucking wind bad.  It was hard to breathe.  But even more than that, something was off.  Normally I should have been able to duck behind them and follow.  I keep trying to figure out what was wrong.  I do weigh a few pounds more now after a week in Disney World and another shorter trip.  Was it the heat? Not sure. But for the next two miles I had trouble finding a groove and keeping a good pace.  My final kick wasn’t even that great, and it usually is very strong.   I finished in 17:34.  I was the first place American.  The two Mexican contenders finished in 16:49 and 16:54. Even those times are not fast enough for Rio.  There was so much time and effort put in to this race and now only for such a crappy result. I got home and took an ice bath. I forgot how much ice baths hurt.  On a brighter note, I made a new visually impaired Canadian friend and finally got to meet Donald Balcom who lives in Maryland.  I found out that Dave Dobbins, my fraternity little brother is in the Phoenix-area for a dental conference and may come out for the 1500.  It would be great to see an old friend.

Matt’s own words on the 1500:
Saturday was the day to just find something to do.  I got up early since I was still on East coast time and got a light breakfast downstairs.  Still had 11 hours to kill.  I went to Walmart for some Advil and then went and saw the new Captain America movie.  At 5pm, I went over to the track.  It was still hot – about 103 degrees - but at least tonight there was a slight breeze.  I was able to fit in a light warm up and then they were already calling last call for the 1500. I picked up my spikes to go check in.  They even measured them for the race which doesn’t usually happen.  There weren’t too long, thankfully.  On the walk to the start I heard Dave.  There was still a little time to kill so we did warm ups in the javelin area.  I requested the starter to provide us splits since everyone in my heat was visually impaired, but he did not have a watch. The first lap was hard and fast.  There was a lot of bumping going on, which I haven’t experienced since college.  Of course, most of my competitors are still in college.  There were six in my heat (three from Mexico, one from Canada, and two including me from the U.S.).  I had trouble getting around the T11 Mexican runner and his guide because he kept swerving.  In laps two and three, I was in last place but still holding an ok pace. With one lap to go I kick with everything I had. I was able to pass the other U.S. runner with about five yards to the finish. I was happy with my kick at the end, but not the time. Afterwards, with the two races behind me, I went out with Dave and his friends to a micro-brewery to catch up.  So glad he could be there!

For the first time ever on the blog, and thanks to Dave, here's a video of Matt's awesome finish!


So these were not the result I was looking for this weekend. But I am not out yet of Rio contention.  My workouts show I have the capability.  I need to keep pushing.  I’m not giving up.  Next up is the StarKids 5K on June 5th.  It is a road race, but one I really love running.  I’m down, but not out.

Here are the official results for the two events.

The kids loved getting Daddy's medals.  He only won two, but the race volunteer gave him an extra for Zachary. :-) 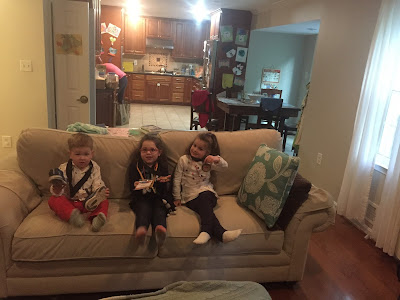