Come run with me!

Last year Matt was the overall winner of the National Race to End Women’s Cancer 5k.  He spoke to the race director briefly afterwards when he was getting his prize.  She asked if he ran it to run in a race or because of the cause and also asked about his visual impairment.  He told her that he is always up for a race, but that he ran this race in particular in both 2013 and 2014 for my mom, who is in remission from endometrial cancer.  Well, his story stuck with her and a bit after the race she reached out to Matt and asked him if he would be interested in participating on the host team as their elite runner.  Matt agreed (of course!).  As part of the host team, Matt is putting together a team race in the 2015 Race to End Women’s Cancer on November 8th.  In case you didn’t guess it, we’ve chosen the name Team Daddy's Blind Ambition. 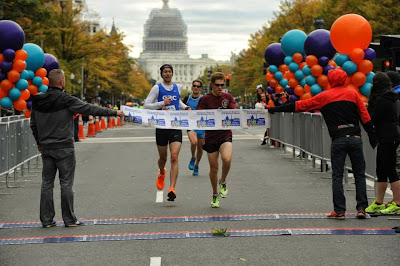 We can’t be a team of just two so we need your help!  Please be a part of our team.  You can walk the race, run the race, or join the team and then sleep in and join us for brunch afterwards.  Race entry is $45. Please join our team and help us raise awareness for how to prevent, detect, treat, and defeat women’s cancer.  In case you need an added incentive, we will throw in a Team Daddy’s Blind Ambition t-shirt to all team participants. 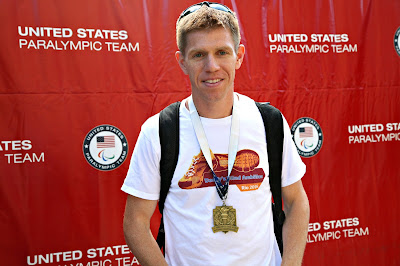 Click here to read about Matt’s story about why he is running for my mom, Diane.

Then click here to register to run or walk as part of Team Daddy’s Blind Ambition.

We hope you’ll join Team Daddy’s Blind Ambition on November 8, 2015, in the National Race to End Women’s Cancer.  It begins and ends in Freedom Plaza.  Come join us for a 5k run or walk.  I’ll still be recovering from the Marine Corps Marathon so though Matt may be leading the race, I’ll likely be bringing up the rear.  No matter your pace it is a great event for all.   Here are just a few startling facts about gynecological cancer:  every five minutes a woman is diagnosed with cervical, ovarian, uterine, vaginal, or vulvar cancer; far too many are diagnosed far too late in the disease--nearly 1/3 will die; risk rises with age, weight and other factors increasingly common among women in economically advanced nations; and, every year 95,000 U.S. women are diagnosed with one of these diseases.  So…

Help us win the race to defeat gynecologic cancers!